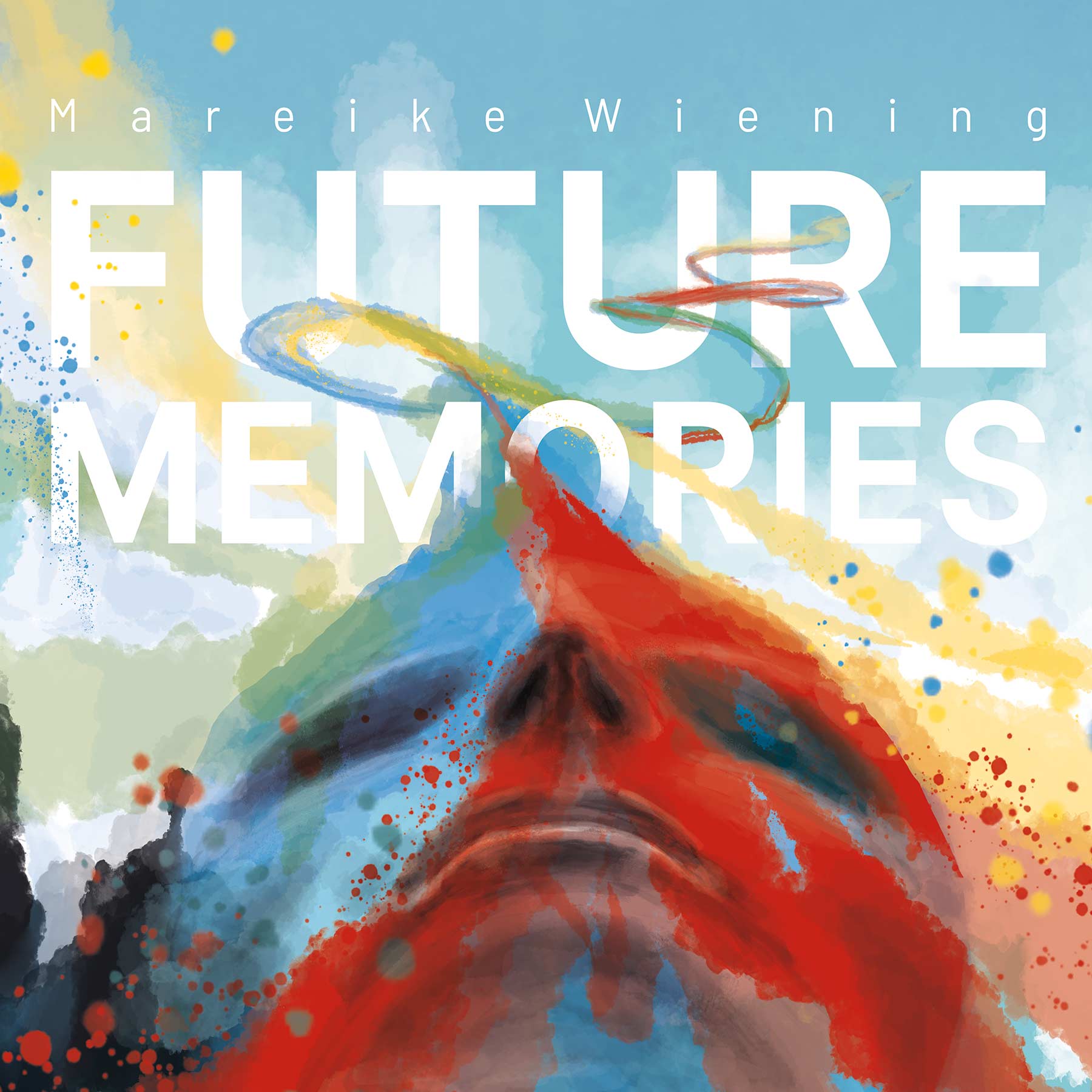 German drummer and composer Mareike Wiening releases her second album Future Memories which follows her critically acclaimed debut album Metropolis Paradise. The album was recorded shortly before the outbreak of Covid-19 in her home land during a three-week tour in Europe.

Wiening’s compositions are lyrical, direct and emotional, as well as rhythmically intricate, maintaining an accessible sound that draws you in. Using a palette of tenor saxophone, piano, guitar, bass, and drums, the group sound is one of give and take, a musical dialogue between soloist and accompanist.

All compositions and arrangements by Mareike Wiening (GEMA)

New York, October X, 2021 – Often the question comes up among musicians, how to create a sophomore release after a successful debut album. Does one rely on the same concept? Or look for ways to demonstrate new and diverse modes of creativity?

For the drummer Mareike Wiening [pronounced: Mar-eye-kuh Vee-ning], born in 1987 in Erlangen near Nuremberg, a completely different challenge arises. Shortly before the recording session of her “official” debut album, Metropolis Paradise, recorded with her New York quintet, pianist Glenn Zaleski broke his elbow and Dan Tepfer stepped in for him. This “follow-up” album, Future Memories, is actually the first with the original lineup. It features Rich Perry (tenor sax), Alex Goodman (guitar), Johannes Felscher (bass) and Glenn Zaleski (piano). Wiening assembled the quintet at the time of her Master’s degree concert for New York University in 2014.

When she began playing drums as a teenager, her reference point was American jazz. Besides the drums, she studied composition with Stefon Harris and Guillermo Klein. Harris has developed a harmonic concept in which chord changes are linked to a feeling. For the young drummer from Germany, this concept was an eye-opener and has led to an emotional and lyrical approach of composing.

Even though the drummer has spent the Covid break in Germany, beginning in 2020, New York remains the focus for her original music – especially with this quintet.

Before the lockdown, she had toured extensively with her musicians in Europe as well as North America. Shortly before the outbreak she decided to enter the studio again with her quintet – this time in her home land during a three-week tour in Europe.

The interplay of the five musicians has become more organic in Future Memories. Wiening’s original concept of “emotional” harmony and melodicism was still foremost in the minds of all – yet connections developed. “On our tours, the five of us were together for long periods,” she says. “In our free time, we often talked about music. Of course, these conversations also flowed into the sound checks before a concert, where we improvised freely. I often recorded those to get inspiration for new compositions.”

After seven years, Wiening’s method of writing for the band turned the Mareike Wiening Quintet into a cooperative group. The moment she finishes a composition, she presents it for interpretation by Zaleski, Perry, Goodman and Felscher. This leads to interconnections and expressive opportunities for the musicians.

Several tracks on the record are inspired by places Wiening has visited or are personally meaningful to her. “Northern Sail,” for example, refers to Norway, where Wiening spent her childhood. “That sense of freedom and connection to the water and nature are so special and a welcome balance to the often hectic city life,” Wiening says. “This is also evident in the music: the ostinato at the beginning symbolizes the wind and waves of the sea, while the melody glides over it in a relaxed way, giving the listener a sense of ‘no stress, no worries’.”

Or “El Escorial,” which is based on a concert Wiening’s band gave near Madrid. Because of a folklore festival, the place was filled with music and dancing. “My goal was to adapt some Spanish rhythms that I divide among the instruments of my band. Accordingly, the mood of the piece is somewhat ‘chaotic’ and dissonant, but always groovy.”

The entire album is based on a feeling of distance: the constant flying back and forth between the US and Europe and the ambition to unite both worlds. In “An Idea is Unpredictable”, the musician has mainly processed these opposites.

As a ballad, the title track, “Future Memories,” is a feature for saxophonist Perry. “He plays ballads like no one else,” the drummer enthusiastically explains. “That’s all this piece needs: Rich’s unique phrasing, a lot of feeling, and the art of floating above the chords.”

But the name “Future Memories” has another, philosophical layer. The eight pieces of Wiening’s quintet were written before the Covid crisis, much like the studio sessions. For that reason, the album provides an idea of what improvised music and jazz are capable of: namely, establishing an imaginary point in time in the future from which the present can be reflected upon as something already past. “My band is scattered all over the world, we live in different time zones and are separate from each other,” Wiening says. “But our cohesion in the past, what we have experienced together, and our music will get us through the difficult present. We will stay positive.” That seems more necessary than ever in turbulent times like these.